Mackay was the first, and most famous early missionary in northern Taiwan, arriving in ‪‎Tamsui‬ ‪淡水‬ in 1872 from ‪Canada ~ he started as a ‪‎dentist and helped found the ‪Presbyterian Church in Taiwan ‪(‎PCT‬) which has been at the forefront of Taiwan’s democracy movement, and actively supports the ‪‎‎Democratic Progressive Party (DPP) and Taiwan’s first ever female president, Tsai Ing-Wen ….

Wonder what Mackay would think of himself in inflatable form lying outside the Presidential Palace awaiting this great historic event?!

By mid-afternoon, there was a full dress rehearsal going on along in front of the Presidential Palace, which showed the whole history of Taiwan through dance, drama and display ~ we had horses, acrobats, dancers from all the different ethnic and indigenous groups, and of course Mackay was floating up above! 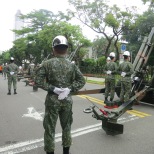 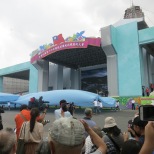 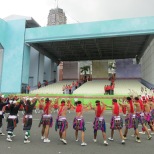 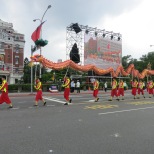 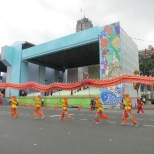 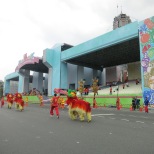 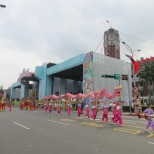 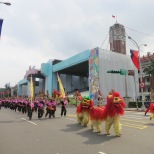 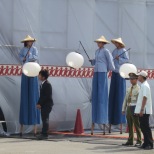 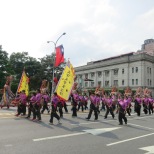 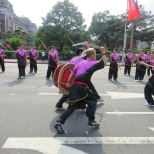 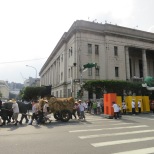 Please join us in praying for Taiwan, for the new president, Tsai Ing-Wen and her new government, and for a smooth transition of power tomorrow and in the days and weeks to come.