Supermaster and his Superfriends were in action last night at last ~ YES!  After 2 long months of rehearsals and preparation, their moment in the spotlight finally arrived ~ and what a great moment it was!   A whole evening of non-stop action, colour, noise, music, dancing and singing ~ and it was wonderful! 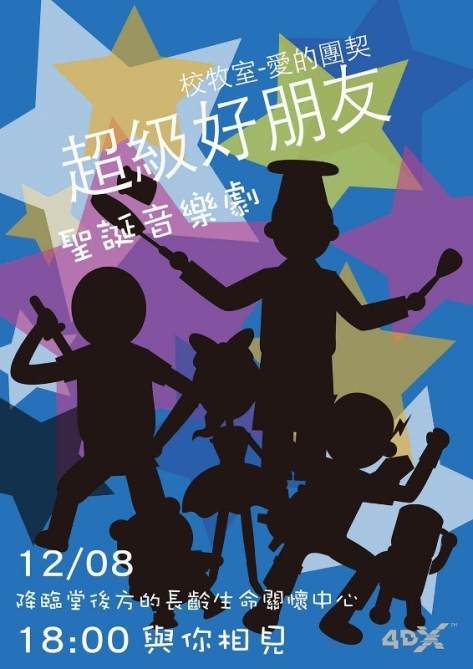 This was the Christmas Outreach evening of our Student Fellowship at St. John’s University, held in our new Advent Church Center, in use for the first time for our Christmas Outreach Program. We had singing and worship, the Supermaster drama, sharing time from our chaplain Rev. Wu Hsing-Hsiang with a prayer of commitment, testimony from one of our students, group photos, a blessing from Rev. Lennon Chang, and finally refreshments….

And the drama story goes something like this: Once upon a time there was a Supermaster (in white with a red cloak) who created a world of toys, each one was different, each one was special, each one was equal and everyone got along well with everyone else.  But Crazy Doll (dressed in pale blue and covered in baubles) arranged a competition to find out which was the best toy, and Little Pig and 2 kids (dressed in yellow, with black curly hair) went to find Supermaster to invite him to be the judge of the competition. Supermaster refused, saying he was there only to love and protect them, and he settled down to have his breakfast toast.  Each toy used their own strengths to try to win – one was strong, one was beautiful, one was smart, one was kind, but in the process of trying to compete against each other, they started arguing and fighting.  Supermaster’s rival chief in the toy world (dressed all in black) caused chaos trying to catch them all ~ and finally the toys realized that only when they cooperated together and stopped trying to compete with each other, could they defeat the rival chief. They discovered that none of them was perfect and that was OK, instead each one was different, each one was special, and each one needed the others… 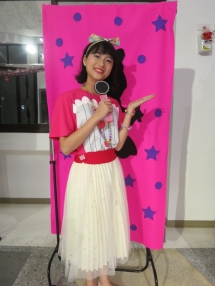 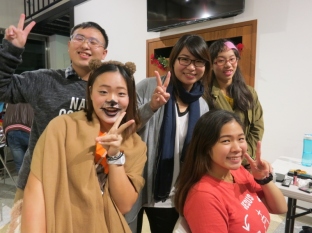 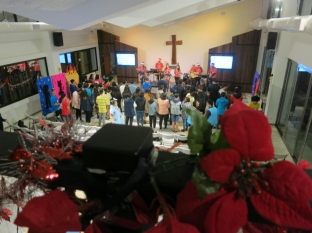 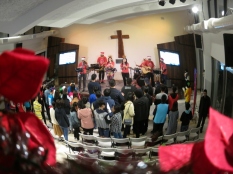 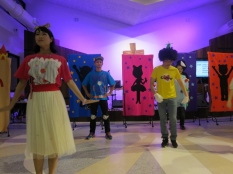 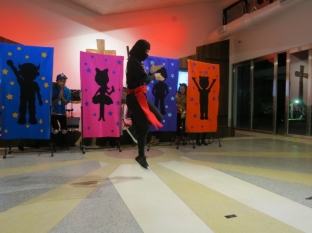 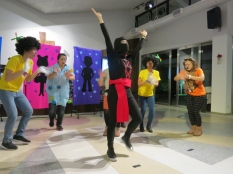 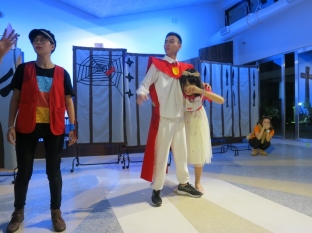 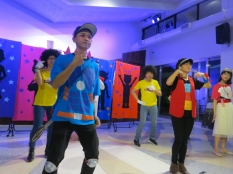 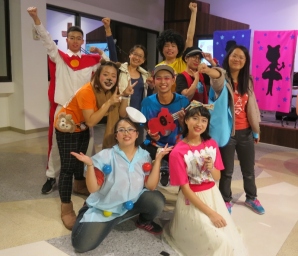 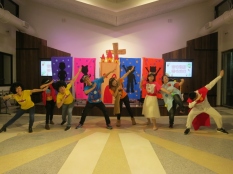 Y’know, it was a brilliant show ~ and I laughed so much!  I really had no idea who was in the drama so it was such fun to see some of our quietest and really quite shy students playing major roles!  Ah, I was so happy!  And the testimony from Vincy about her faith was excellent, and brought the whole show together.

Lots of former members of our student fellowship – who graduated in recent years – came along to offer their support, plus we also had 2 groups of student fellowship members from our nearby universities in Tamsui – TamKang University and Aletheia University. And of course our students had invited their classmates and friends, and they’d done a lot of publicity and had a lot of prayer, so everyone was delighted that so many people came along, and there was such a great atmosphere.

The drama stands alone as a kind of modern-day parable suitable for us to take into local schools to share with the children over the next few weeks ~ so watch this space!

Well done to all our student fellowship ~ and thanks to everyone who supported and prayed for us, and please continue, as we seek to follow up on this wonderful evening. Y’know, Taiwan is quite special ~ many of these students who took part in the Outreach Evening are not yet Christians, they’re kind of reaching out to others and in the process hearing the Gospel themselves!