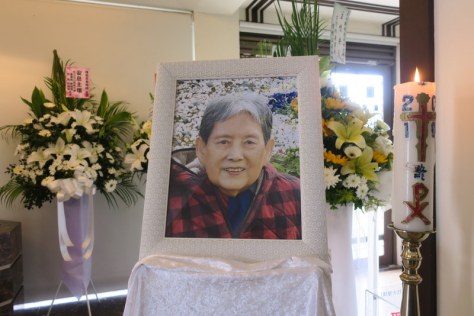 Our beloved church member, Mrs. Cheng Chen Ai-Mei 鄭陳愛美姊妹 (known to us as Cheng Mama 鄭媽媽) died on March 14, and this past Saturday was her Memorial Service in Advent Church. 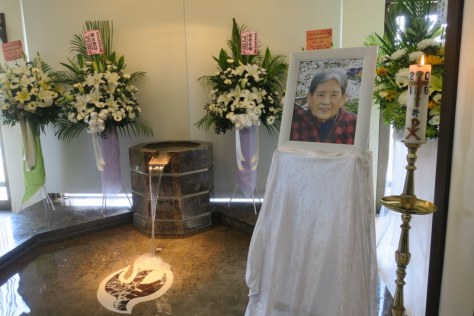 Her cremation and burial of ashes took place a week after her death and this Memorial Service was for the church community and her wide circle of friends and colleagues to say goodbye.  It was also a Holy Communion Service, as is fitting for a family where all are Christians.  And what a service it was!  Advent Church was so full of people that we had to bring in extra chairs.  So many people had come to pay their last respects, to grieve, to bring comfort to the family, and to thank God for her wonderful life. And what a life it was. Cheng Mama was much-loved by everyone – and is much missed. 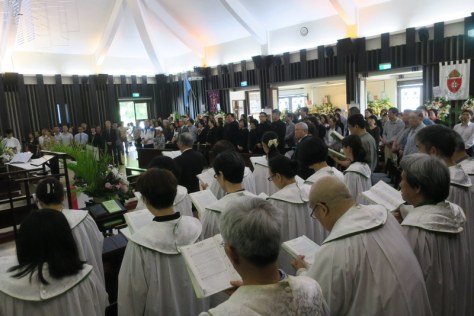 Cheng Mama came from a very big and very well-known Tamsui family. Her father Mr. Chen Ching-Chung 陳清忠校長 (1895-1960) was principal of TamKang High School, Tamsui and was responsible for introducing the sport of rugby into the school – and into the whole country.  The TamKang schools and colleges were founded by the first Presbyterian missionary to Taiwan, George L. Mackay.  Cheng Mama’s paternal grandfather, 陳火 Rev. Chen Huo (after he became a Christian he changed his name to Chen Rong-Hui 陳榮輝) was one of Mackay’s first students and converts, and became the first pastor of Xindian Presbyterian Church, Taipei.  Her great uncle, Chen Rong-Hui’s elder brother married Mackay’s elder daughter, Mary Ellen.

Cheng Mama spent most of her life worshiping in Tamsui Presbyterian Church, but her son, Paul and his family have been members of Advent Church for many many years, serving on the Vestry and in many leadership roles.  In recent years, his sister, Carol has joined us too.  We love them all so much! 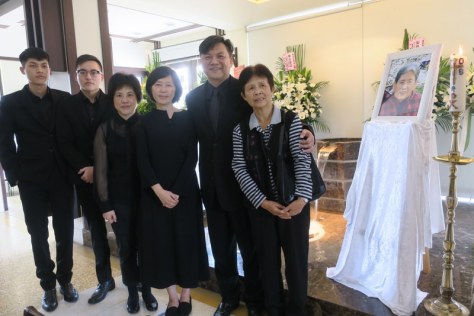 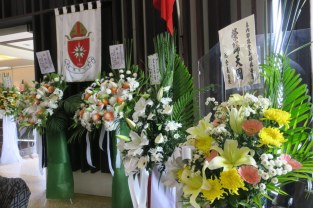 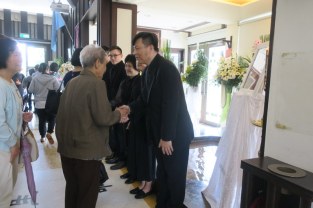 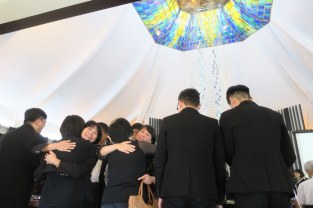 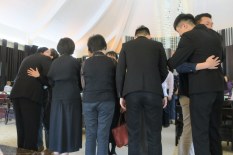 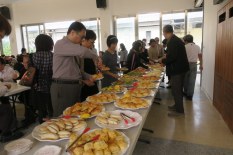 Cheng Mama’s testimony is amazing.  She prayed faithfully for her husband for 49 years that he could become a Christian.  49 years!  Suddenly in 2009 at the grand old age of 86, through the ministry of our rector, Rev. Lennon Y. R. Chang, Mr. Cheng made THE decision – yes, he was going to be baptized!  The Cheng parents then both started to attend Advent Church every week as long as they were able.  Mr. Cheng died on New Year’s Eve, December 31, 2013 and his funeral was held in Advent Church a few weeks later (see that blog post here). Cheng Mama continued to come to Advent Church along with her family, until she became sick a few months ago.

Cheng Mama is lovingly remembered for the way she showed such great care and concern for all those in her family, and her friends, colleagues, classmates, church members and so many more.  Even when she couldn’t go out and meet them all, she would call up and keep in touch by phone.  Always smiling and giving thanks to God for his many blessings, she was a gift to us all.  One of her great friends was Tan Mama – this is the best photo I took of them both in Advent 2015, Cheng Mama on the right, Tan Mama on the left. 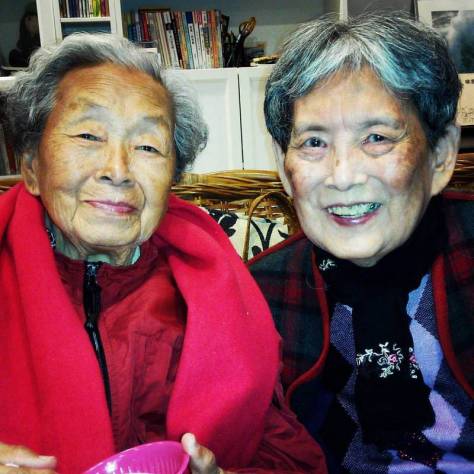 So we give thanks to Almighty God for Cheng Mama’s wonderful life and witness. We pray for her family and friends, and for us all, that the faith of those like Cheng Mama, who have gone before us, will continue to inspire and challenge us afresh.

May she rest in peace and rise in glory, Amen!