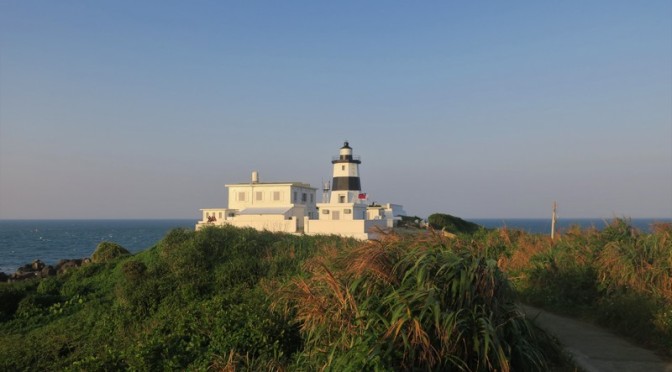 Only 12 km up the road from St. John’s University is the northern tip of Taiwan, easily accessible by bus and then a 15-minute walk, which leads to the Fuguijiao Lighthouse 富貴角燈塔 .

The original lighthouse was built by the Japanese in 1897, apparently the first one built in Taiwan during the Japanese colonial era ~ this one was put up in 1962. On the lighthouse compound are unused lookout posts, pillbox-style and the lighthouse is right next to an army base, but the grounds have been open to the public since 2015. It’s famous for its foghorn, much in use during winter. On a sunny day, it’s pretty spectacular – these photos were taken a few days ago, just after 4:00 pm – check out the lighthouse sundial.

Just wishing every winter day on Taiwan’s northern coast could have weather like this!