Until last weekend, these 2 postboxes were just ordinary postboxes on an ordinary street in ‪Taipei‬ City.  But then a signboard crashed down on them during Typhoon ‪‎Soudelor‬ and changed them forever. They were bent over, but not broken.  Tilting together in the same direction, 好可愛, so sweet, so lovely!

Now they have become icons, almost memorials to the typhoon, symbols of resilience and togetherness, and a place of pilgrimage for people from all walks of life, including artists, TV crews, pet dogs, and yes, even snakes… ha ha, it’s a great place to visit!  I went there on Wednesday, and found it great fun ~ even though it was the middle of one of Taipei’s usual summer thunderstorms. So many people – and those snakes were something else! 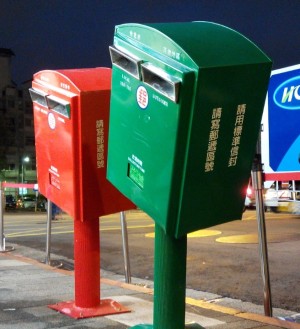 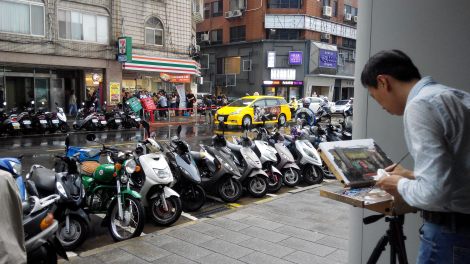 The BBC has an article about Taipei’s tilting postboxes here, and TIME article is here….

A bit of light relief in the midst of such tragedy, bringing a smile to so many people!