Met up with one of my lovely former pupils today, Eshita ~ who I taught at Isamilo School, Mwanza, Tanzania, many years ago when she was just 5…. and now she’s doing all sorts of wonderful things along the line of job coaching and training support for students with learning disabilities in London.  She herself is partially sighted and a great inspiration for her students – and for me too!

We spent the day in central London on a Walk 4 Life Walk covering the ‘Real West End’, Soho, Chinatown and Covent Garden, all free – and we went everywhere!  Places you’d never know even existed, but oh so interesting.  And soooooo sunny ~ but brrrr, so freezing cold!  Finished with a walk around Trafalgar Square (where we found a wedding proposal taking place – what a happy couple!), Buckingham Palace and Victoria… 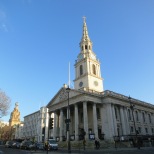 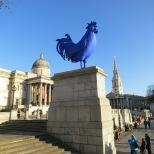 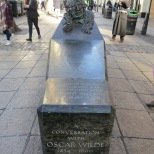 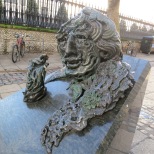 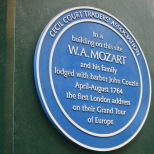 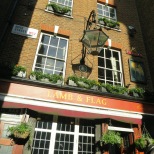 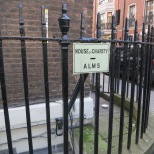 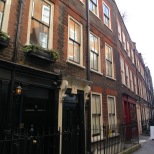 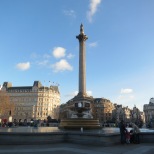 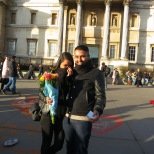 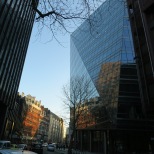 And in-between we had lunch at Dishoom Restaurant, full of delicious Indian food, with long queues out and round the corner. And the afternoon would not have been complete without some genuine Taiwanese Pearl Milk Tea from Chinatown, full of ice.  Frozen but yummy, and Eshita was fascinated with the machine that seals the plastic cover on the paper cup! 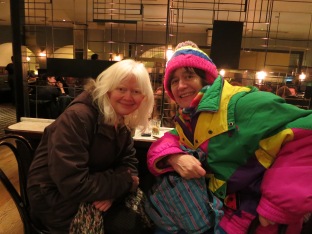 A whole day in London on a gloriously sunny but freezing cold winter day – with my uncle, starting with, well ~ the Lyle’s Golden Syrup Machine at Victoria Station!  Free porridge was on offer, and when you stand in front of the golden syrup machine and SMILE (yes smile, honest!) the golden syrup comes down on the porridge, and yep it works!

And then onto Westminster R. C. Cathedral, Byzantine style, quite dark and sombre inside, but also full of beautiful mosaics…. 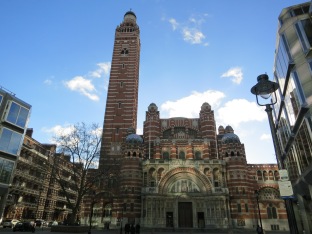 And then along the river downstream and what a trip it was!  Sun and blue sky all day, and a biting cold wind, but so beautiful! 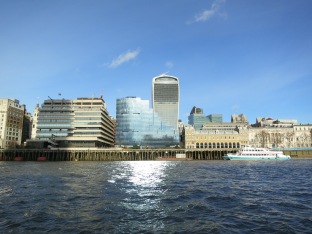 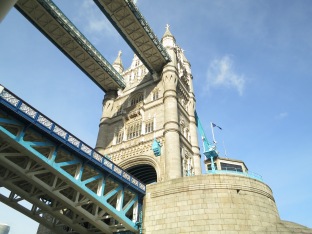 And so to Canary Wharf, bustling new financial centre of London ~ skyscrapers galore, UP is the place to look!  My first time there (just where have I been all these years? Just how could I have missed soooooo much?!)…..

The Museum of London Docklands is right there at Canary Wharf and is brilliant, I learned loads, but as always, not enough time.  Do go ~ it’s really good!  And it’s free. Makes all the difference! 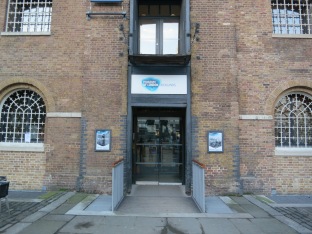 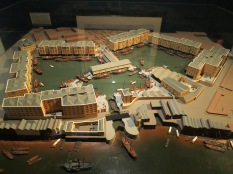 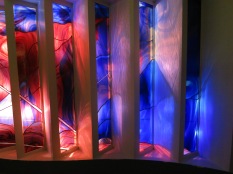 And so back to the City of London to check out the area especially the new Walkie-Talkie Building ~ wonderful reflections of the church! 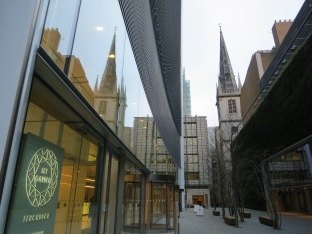 Such a great day ~ I LOVE LONDON!

Checked out this yesterday in the pouring rain in London’s Covent Garden, looks like a floating market hall – in fact it’s an amazing optical illusion – read all about it here: 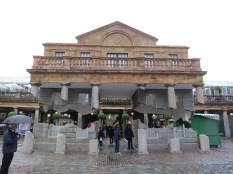 My first day back in the UK with a long list of things to do, including the major excitement of laminating the group photo of last month’s House of Bishops in Taiwan – so with that excuse and clutching my large rolled-up photo, off I go to the big city!

Underground train to London Bridge and a walk along Tooley Street to Tower Bridge, and London City Mission – when I lived there many years ago, it was well, like not exactly the highest class area of London – now though the area is all done up, and the old derelict wharves by the river all turned into high-class apartments…

Then over Tower Bridge to the Tower of London, currently hosting the most amazing art installation of ceramic poppies called Blood Swept Lands and Seas of Red marking the centenary of the outbreak of World War I – just my sort of art, plenty of colour, not too abstract – lots of obvious meaning and enthusiastic community participation!

And along the river towards London Bridge via what turned out to be St. Magnus the Martyr Church, and then up to the Monument, built to commemorate the Great Fire of London in 1666 – hey y’all, this tower has just got to be the bargain of all London, all of £4 to get in, climb up 311 steps and the views from the top are magnificent! Forget the Shard @ over £30 per ticket – this is THE building to go up!

And up and over London Bridge, quick call in at Southwark Cathedral and home! 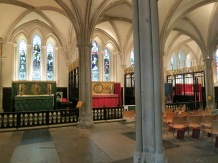 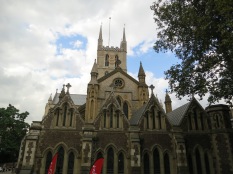 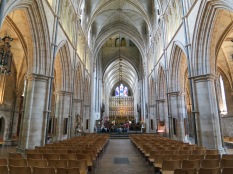 Home currently these 2 days is with my good friends Tim and Sarah and their family. Tim was in Tanzania while I was there, and last night we went to Westminster Central Hall for a very special evening, hosted by the Britain-Tanzania Society and the Tanzania Development Trust, in aid of a really worthwhile project (in conjunction with the Anglican Diocese of Mara) to build a Safe House for women and girls escaping from FGM (Female Genital Mutilation) in Mugumu, Tanzania – a town I know well, ah such memories!

The Safe House project leader, Mama Rhobi Samwelly was there last night from Tanzania, plus Ann-Marie Wilson from CMS and 28 Too Many Organization, and Fahma Mohammed from Integrate Bristol ~ they all spoke very movingly about the need to work to end this terrible practice of FGM, mostly happening in Africa and in diaspora communities around the world….

But actually the only photos I took at the event were of the yummy Tanzania foods – more memories!

And so the Westminster after dark…. what a great place!

Ah London, so much to see, so little time…

But thanks Tim and Sarah for your wonderful hospitality, and to you all for your support!

Taiwan to UK and now back again…. via London of course ~ and what a great city, though sadly there’s never ever enough time! So only for a few hours on my way here, there and everywhere…. 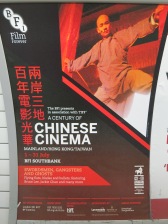 And back to Taiwan last night ~ thanking you all for your prayers and support!