Kites, kites and more kites ~ amazing kites, beautiful kites, fun kites, crazy kites, stunt kites, home-made kites, kites of every kind and from every where ~ and all on show at Taiwan’s annual North Coast Kite Festival, held ever year since the year 2000 at Baishawan Beach in Shimen, just near Taiwan’s northernmost point and lighthouse. Happens also to be only 5 minutes on a bus from where I live ~ YES!

Last year, this last weekend of September was Mid-Autumn Moon Festival, and also a big typhoon was on its way, so although it was nice and windy and cool, it was grey, grey, grey! This year though ~ what a contrast!  Yesterday was all blue skies and blue seas to match. But another typhoon is on its way, so it was wildly windy, but oh so sunny.  Perfect!

There were zillions of people everywhere ~ including the Mayor of New Taipei City, Eric Chu 朱立倫 who came for the opening ceremony at 2:00 pm along with lots of other VIPs. We had dancing and singing from the Beinan (Puyuma) 卑南族 Tribe, greetings from all the VIPs, and then a tour down to the beach where Mayor Chu launched a kite, and then walked around shaking hands, mine too.  As I was in hat and sunglasses, don’t suppose he’ll recognise me again ha ha!  Here he is shaking the hands of the people next to me…

There were displays by all different kite teams from all over the world.  All amazing! 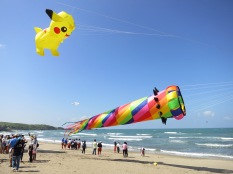 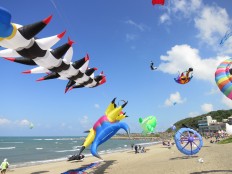 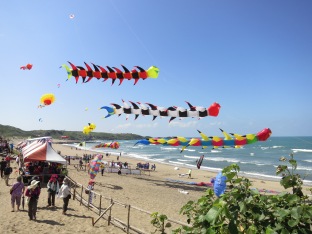 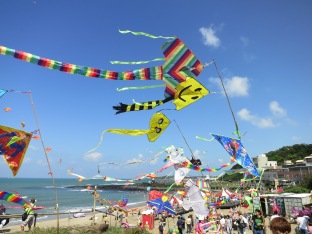 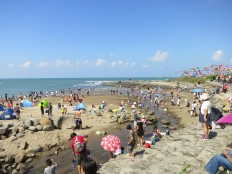 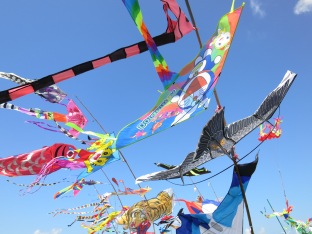 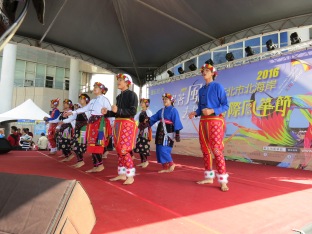 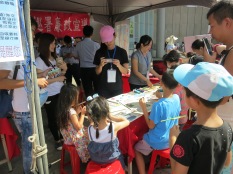 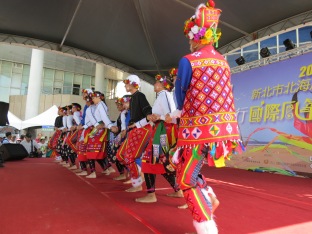 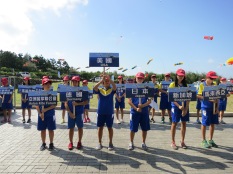 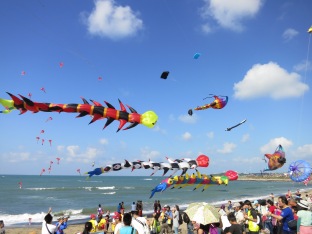 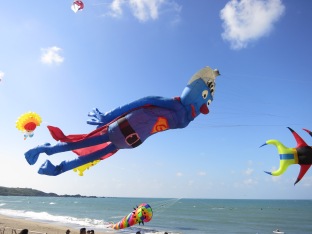 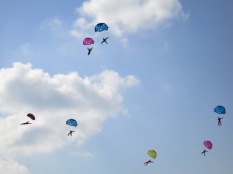 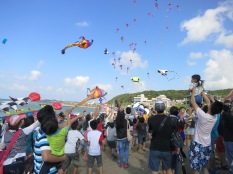 The kite display teams did a great show, each had their own kite, and somehow even in the huge winds, they would control them to fly in formation and do all sorts of shapes – and even form words.   And there were parachuting sweets that fell out of a bag sent up on one of the kites!

No time to attend the evening show of kites that were all lit up. And today the skies are grey, so the 400 photos I took yesterday will have to do!

Yep, I love kites ~ they are such fun!