Bright orange U-bikes have arrived in Tamsui, and not just down by the river, but up in northern Tamsui, by the sports centre and Carrefour ~ yippee!  So a perfect way to spend a Sunday afternoon is riding around on a u-bike, exploring some of the places in Tamsui that are more difficult to get to – and the sports center is a good place to start. Well, it is for me, cos it’s the nearest to Sanzhi!

First stop is the Cheng’s Old Residence, which is a traditional old Taiwanese house, around 3 sides of a courtyard, probably built around 1875 – and now fully restored and used for educational purposes. It happens to be right in the middle of the new high-rise buildings that are going up all over Tamsui New Town area, this is it! 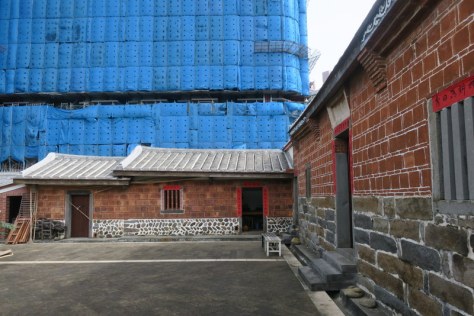 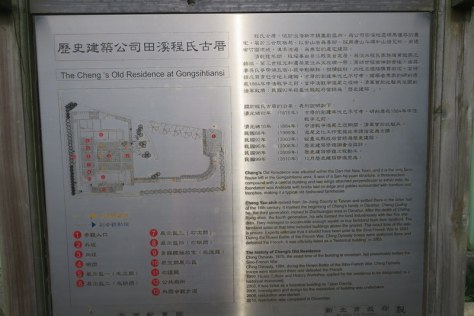 In fact, the only way to really appreciate its location is to take a diagonal photo! 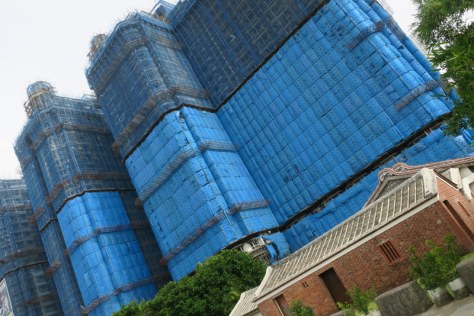 The next stop is Tamsui Fisherman’s Wharf which is right at the mouth of the river – nearby are some more new high-rises ~ check these out! 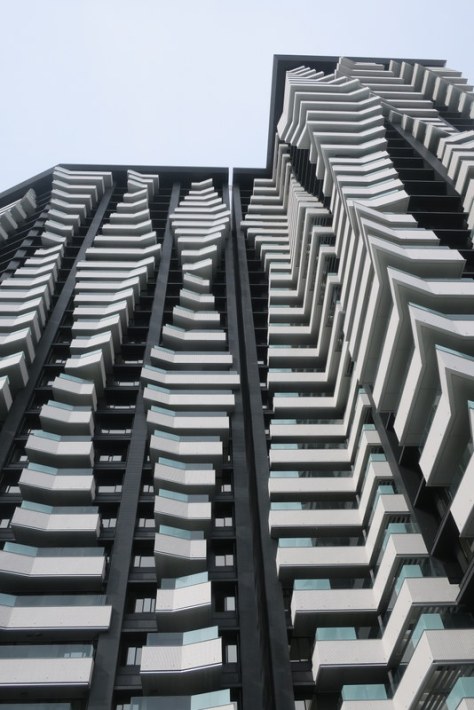 Fisherman’s Wharf was cloudy, and full of fishing boats, and the famous ‘Lover’s Bridge’ is covered in scaffolding… 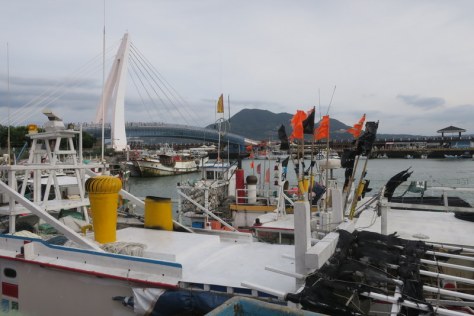 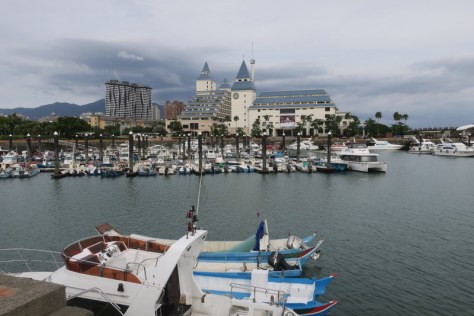 Next stop is the Martyrs Shrine, up a steep hill, which is described as “Sitting on one of the battlefields of the Sino-French War, New Taipei City Martyrs’ Shrine tells the colonial and wartime history of Taiwan. During the Japanese Colonial Era, it was a Shinto shrine venerating Emperor Meiji. After the war, the shrine was sadly destroyed and later converted into a martyrs shrine that honors the fallen soldiers. The foundation and the size of the Shinto shrine has been retained, and the main body was rebuilt into a Chinese palace”….. 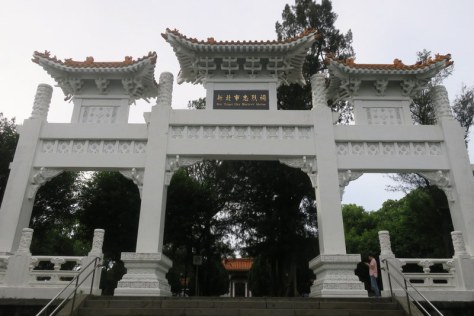 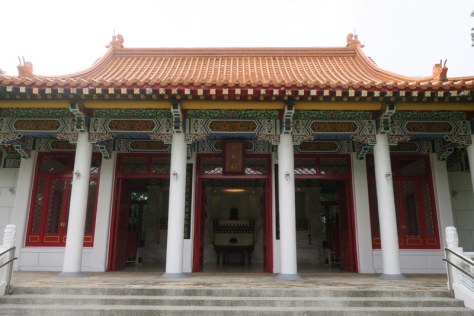 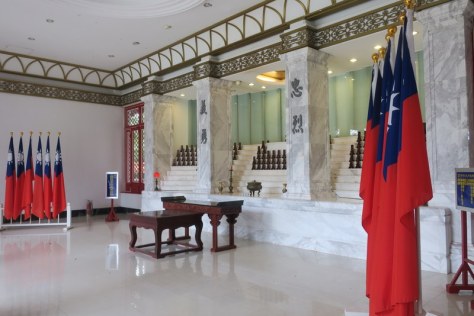 The Martyrs Shrine is up by the Hobe Fort, next to the golf club, but I was really heading to the Cloud Gate Theater, also in the same area, which has been open for over 2 years, but this was my first visit – it’s beautiful!  And it’s got sculptures by Taiwan’s most famous sculptor, Ju-Ming 朱銘, from his Living World series (for photos of my visit to his sculpture park, in Jinshan, see my blog post here) which really brighten the place up! 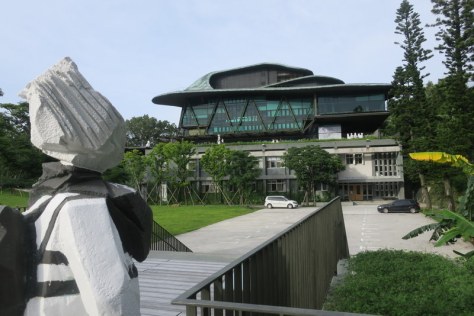 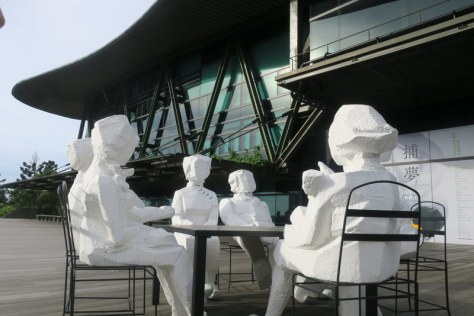 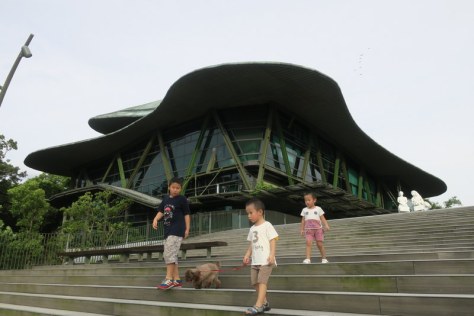 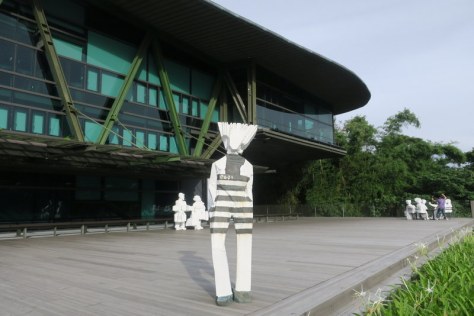 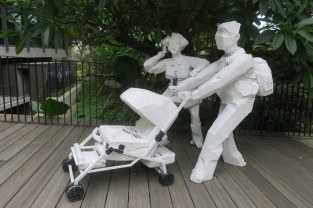 There’s plenty more to see, like the fort and museum and parks in the same area, but it was 31°C, so I’d had enough for one afternoon – it was hot!